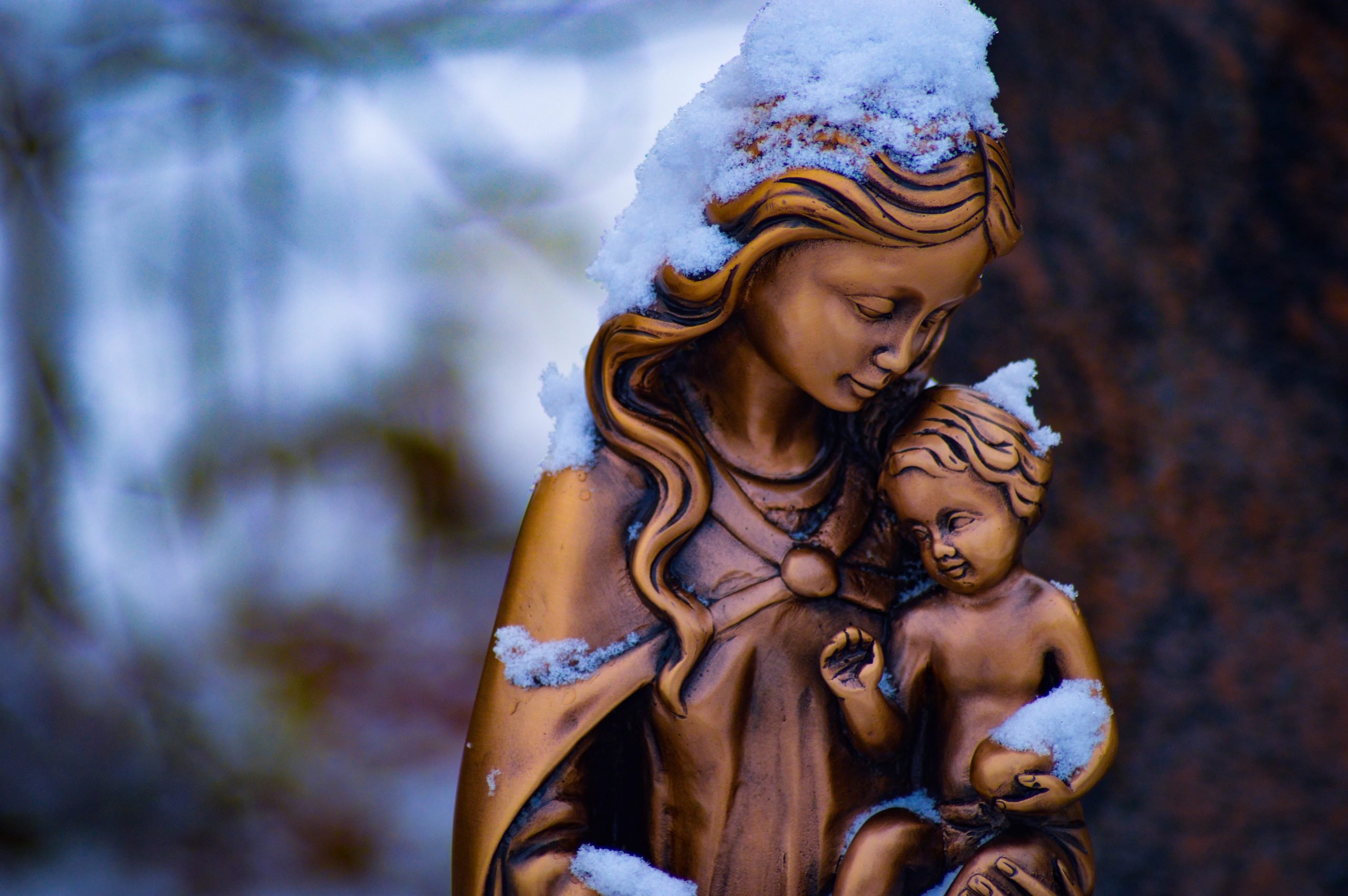 Like Mary, we have questions about what Jesus’ coming into the world means for us and for our world.  But we do know that God is with us and God is for us, and that is all that we need to know in order to live with hope in the midst of all the uncertainties of life.

The article said that in recent years, some Christian leaders have been questioning why Mark Lowry thinks Mary the mother of Jesus would have all these questions about Jesus.

After all, they say, Mary was chosen by God for this role to be the mother of the Savior of the world , and God would surely have clued her in on all the details of what she was getting into, and what Jesus was going to be like.

Author and podcaster Joy Clarkson is one of these people, and she wrote an article a few years ago in response to Mark Lowry’s song.  The article was entitled, “Yes, Mary Knew.”

And in response to Clarkson and others, Lowry explains what he meant when he wrote Mary Did You Know.  Lowry said that he imagined himself as an overly enthusiastic angel who showed up at the manger when Jesus was born and was filled with questions.

He used the phrase, “Did you know” to express that enthusiasm — as if the angel was bubbling over with joy for what the birth of Jesus meant for the world.

Personally, I like Lowry’s approach to what Mary was thinking and wondering.  Sure, Mary was chosen to be the mother of Jesus the Savior,

and the Magnificat scripture shows her incredible perception of who the Messiah was and the impact he would have on the world, this great reversal where the powerful will be brought down and the meek and lowly will be lifted up.

But certainly there were things about Jesus and the influence that he would have that Mary didn’t know yet, things that would surprise her, and everyone else around her as well.

I think of that eyebrow-raising scene recounted in the 3rd chapter of Mark’s gospel, where Jesus had just come down from the mountain after he chose his twelve disciples, and he went into a house, and there was a big crowd gathering around him, so many people that they couldn’t even sit down for a meal.

And the story says that Jesus’ family, which included his mother Mary and his brothers “went out to seize him, because they thought that he was out of his mind.”

So this is one example where it seems like Mary acted like a lot of other mothers do, surprised at what her son was up to next, and a little concerned about the choices that he was making with his life and the consequences of those choices.

It’s important to see Mary’s humanity in the Christmas story, just like it is to see the humanity in Jesus and everyone else in the Bible.  I hear that the series The Chosen series does a good job of this.  I hope to check this series out soon.

Recently I’ve been reading a book by Rachel Held Evans called “Wholehearted Faith”.  The book actually was put together by a close friend of hers after she died rather suddenly in 2019 before she even reached the age of 40.

I appreciated the down-to-earth, honest, vulnerable approach that Rachel Held Evans had in her books, and in Wholehearted Faith, she says this about Mary:

I wonder whether there is a reason why the story and the place and role of Mary has been whitewashed and sanitized.  In the Protestant tradition, Mary has largely been diminished, as if her veneration would somehow take away from Jesus’ glory.

On the other hand, with Roman Catholics, she is sometimes so esteemed that we lose track of her humanity—and some people go so far as to claim that Mary experienced painless childbirth.  (Wow, that would really be divine experience, right moms?)

Held Evans goes on to say:

I don’t think it diminishes Mary’s value to know that she feared and struggled as the rest of us do.  In fact, I think it enhances it.

To understand Mary’s humanity and her central role in Jesus’s story is to remind ourselves of the true miracle of the incarnation—and that is the core of the Christian conviction that God is with us, plain old ordinary us.  God is with us in our fears and in our pain, in our morning sickness and in our ear infections, in our refugee crises and in our endurance of Empire.  In all these things, God is with us—and God is for us.

So what did Mary know?  I don’t think that she knew everything;  I think that she still had questions about God’s calling for her, and what it would be like being mother to the Messiah of the world.

But what Mary did know was this:  she knew that God was with her and God was for her.   And knowing these things gave Mary the strength and the courage to face all of her fears and questions about what it meant to be the mother of Jesus.

Rachel Held Evans says that through Mary’s example, God invites us to take the risk of love—even though it undoubtedly opens us up to the possibility of getting hurt, being scared, and feeling disappointed.

Our Advent wreath reminds us that today is Love Sunday.  The good news of God coming to earth as a tiny, vulnerable baby who would give us his life for all of humanity is perhaps the most beautiful and powerful expression of love that the world has ever known.

And today and every day, God invites us to take the risk to love, as messy and as painful and as disappointing that our attempts at love sometimes can be.

In the past couple of weeks, we have taken the risk to show love by coming alongside two Afghan family households, not knowing completely where it will take us and what it will cost us.

Of course, these families have taken risks and paid such a high price to endure what they did in their country, then to flee it in the midst of a chaotic and dangerous situation.

They have modeled for us what it truly means to risk your life in order to find a future filled with hope, in the midst of so much fear and uncertainty.

Like Mary and our new Afghan friends, we don’t know all the answers for our present situation, let alone for what the future holds.  But what we do know is that God is with us and God is for us.

The birth of Jesus the Savior, Mary’s Son, is proof of God’s presence with us and God’s love for us.

So may our new Afghan friends, along with Mary, be a reminder and an inspiration to us.  May their courage inspire us to face a future that is unknown in so many ways,

And may their courage give us the strength to risk following in the way of Jesus, being bearers of God’s love to people around us, in a world that is so desperate for love—

Like Mary, may we live more into the plans that God has for us in sharing God’s salvation and love and hope to the world around us.

Each one of us has a part to play in the story of Christmas, in our own unique way, in this particular time and place in history.

And as we discover our purposes in God’s story, may we proclaim together with Mary this Christmas season “My soul magnifies the Lord, my spirit rejoices with God my Savior.”  Amen.