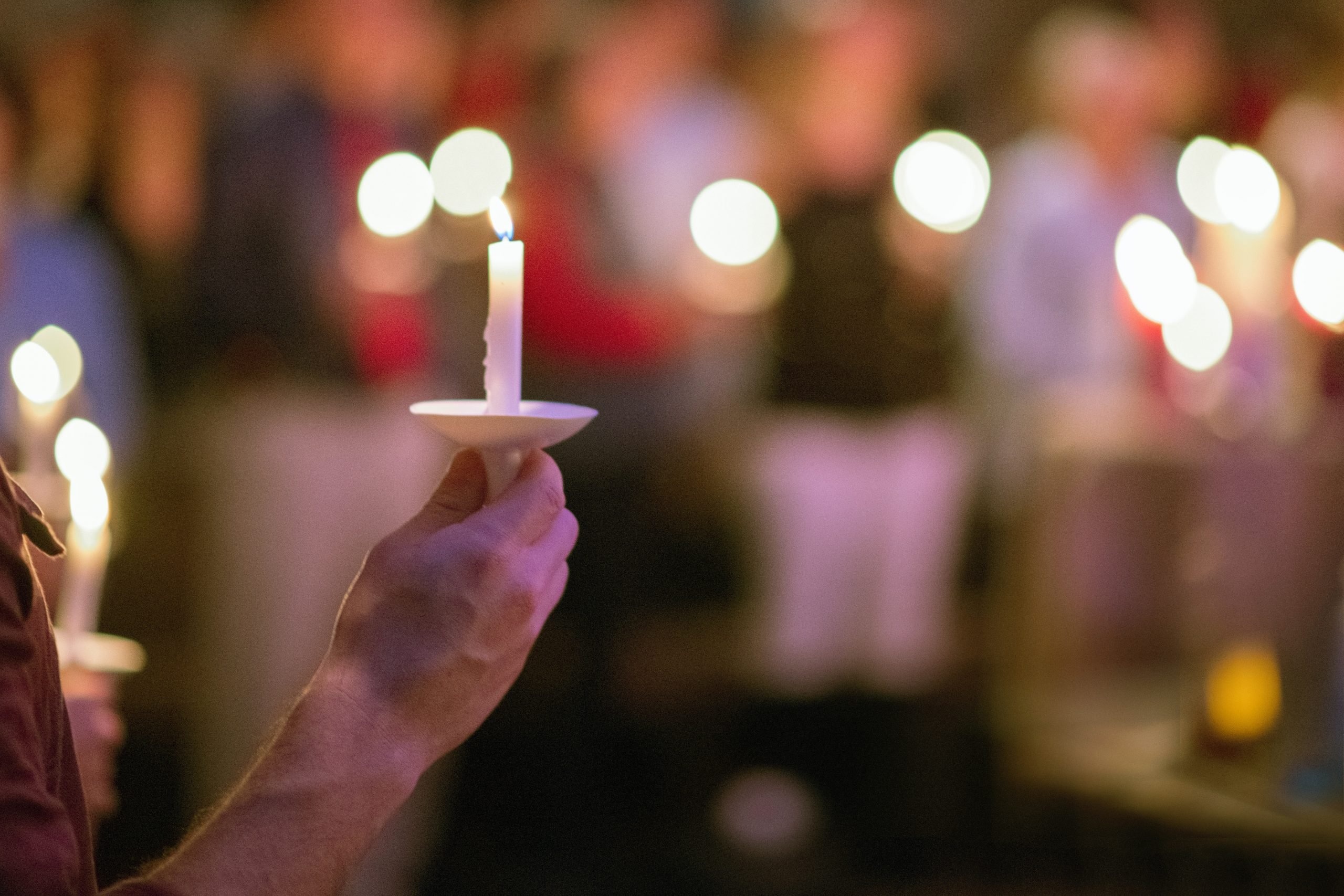 The good news of Christmas is that God became one of us and lives in our midst as a light to a dark world. “The Word became flesh and dwelt among us”; the light shines in the darkness, and the darkness did not overcome it.”

It is no mistake that Christmas falls at the winter solstice. When the nights are longest and the hope seems smallest, light comes into the world. Isaiah said it this way: “The people walking in darkness have seen a great light; on those living in the land of deep darkness a light has dawned.”

I’m certain I’m not the only one who has experienced darkness this year. Maybe you’ve lost a loved one. Maybe you got a diagnosis that shook you to your core. Maybe tension has grown in your family and relationships beyond what you can bear. Maybe the money coming in never seems to be as much as the money going out. Or maybe, in a host of others ways, life just didn’t seem to live up to everything you had hoped it would at the beginning of the year.

But on this longest night, when the darkness seems to be at its strongest, we remember a poor young couple, in a borrowed stable in an occupied land, whose child would be the light that pierced the darkness. Hope was in motion. Peace was on the way. Love had arrived. Joy was made complete.

And now, because of Jesus, each day can be just a little brighter.

If we take Paul’s use of the phrase seriously, then could it be that we as the body of Christ, the Church, are the physical body of Christ in the world today.  Listen to what Rolheiser says about this:

This has immense implications.  It means that the incarnation did not end after 33 years, when Jesus ascended.  God is still here, in the flesh, just as real and just as physical, as God was in Jesus.  The word did not just become flesh and dwell among us—it became flesh and continues to dwell among us.  In the body of believers…God still has physical skin and can still be physically seen, touched, smelled, heard, and tasted.

If it is true that we are the Body of Christ…then God’s presence in the world today depends very much upon us.  We have to keep God present in the world in the same way as Jesus did.  We have to become, as Teresa of Avila so simply put it, God’s physical hands, feet, mouthpiece, and heart in this world.  (p. 80, The Holy Longing)

If we read the gospels, I think it’s clear that this is exactly what Jesus was saying to his disciples.

1:14  the Word became flesh and dwelt among us, and we have seen his glory, glory as of the only Son from the Father, full of grace and truth.

Tabernacle-  dwelling place of God in the Old Testament, people of Israel would take it with them on their journey to the Promised Land and set it up wherever they camped along the way.  The tabernacle was the holy place where God dwelled/accompanied the people to guide them, protect them, hear their prayers, forgive their sins remind them of his presence through the good times and the bad times.

God’s presence through Jesus is the greatest gift we can receive at Christmas, it is the original gift/present of Christmas.  It is a gift that never breaks down, never goes out of style, never needs to be replaced, isn’t dependent upon the supply chain or a delivery service or availability at the store.

Around the world, and in most every religion Jesus is respected and looked up to.  Most religions believe that Jesus was a wise teacher and a holy man.  Many believe that he was a born of a virgin, that he had supernatural powers, and that he was a prophet.

So in some ways, the birth of Jesus on this day we call Christmas is something to be acknowledged and celebrated by all people, since most people would agree that he made a positive impact upon the world.

And for those of us who call ourselves Christians, we also believe in this thing called the incarnation—the God who created the universe choosing to make himself known to humanity by becoming a human being like you and me, born in a simple stable by humble parents in an obscure village called Bethlehem.  and  like you and me.