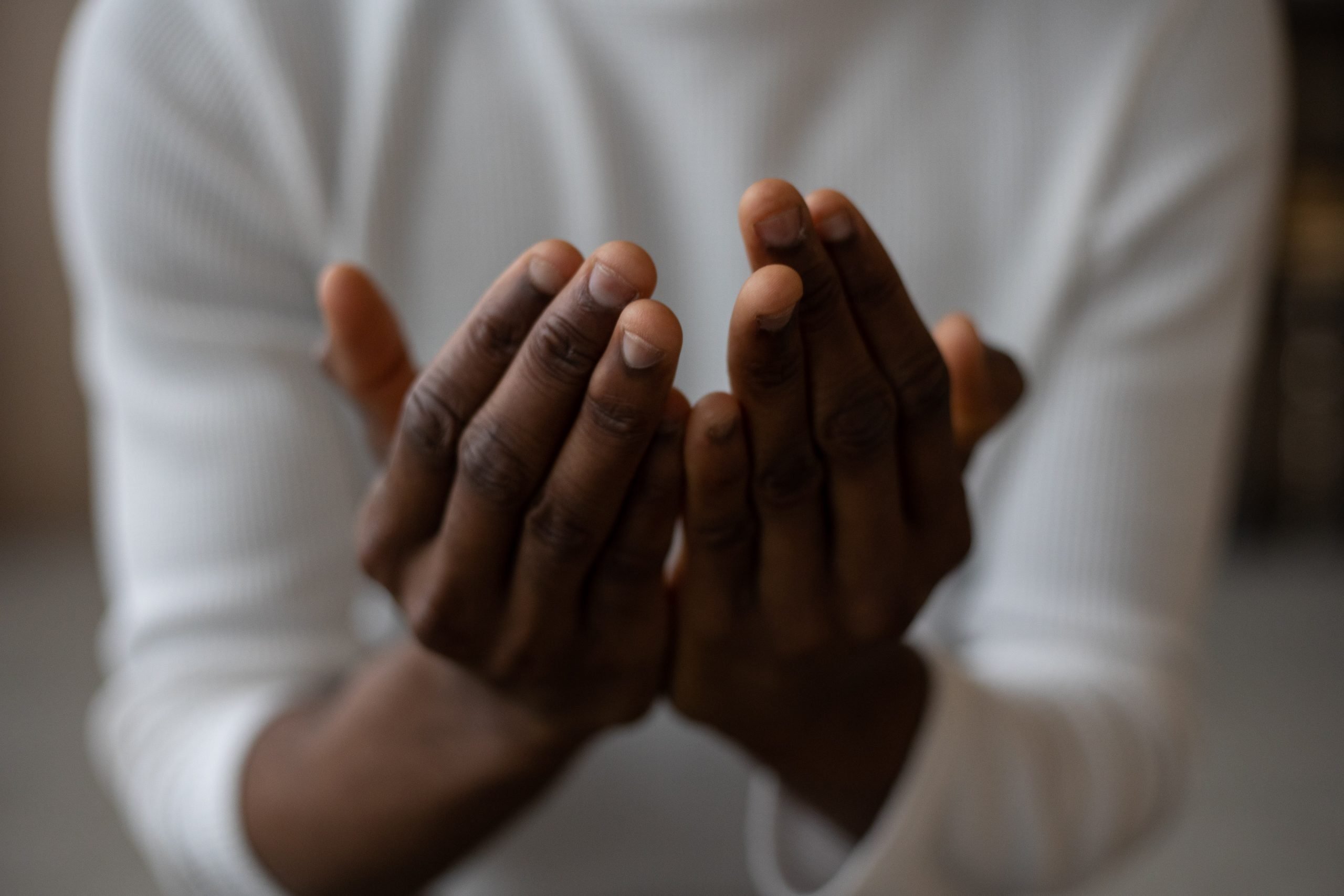 All Saints Day is a good time to remember our “cloud of witnesses”, those people who by their words and actions have inspired us on our faith journey with God and follow Jesus more courageously. MJ Sharp is one such saint, a modern day faith hero who gave his life as a peacemaker in the Democratic Republic of Congo.

I heard that we were supposed to dress up for Halloween, so here I am!  Today I am masquerading as a citizen of the Democratic Republic of Congo (DCR).

This shirt was given to me by my fellow Congolese brother, Emmanuel Mbualungu.  Thank you Emmanuel—I love it, especially on occasions like today!

There’s another reason, a more important reason why I’m wearing this shirt today.  I’m wearing it because I’m going to talk about someone who literally gave his life for the Congolese people, working for peace and reconciliation between groups at war with each other in the heart of Africa.

When you hear the initials MJ, who do you think of?  Most people think of Michael Jordan.  We had a cat named MJ once; our daughter named it, and MJ was short for “Milo Junior”.

But today I’m not going to talk about a great basketball player, or a family cat, as beloved as they may be.

Our theme today goes along with All Saints Day, which takes place tomorrow.  And this morning I’d like us to honor those saints who have inspired us, those saints who the writer of Hebrews calls the “cloud of witnesses”, those people who have inspired us, shaped us, and encouraged us as we have been running the race of our own faith journey and seeking to keep our eyes fixed on following the way of Jesus.

One of the saints who has inspired me in recent years is known as MJ.  Michael Jesse Sharp is his full name.  You may have heard of him, as MJ Sharp’s story has been told inside and outside of Mennonite circles since his death in 2017 in the Democratic Republic of Congo.

MJ is the son of John and Michelle Sharp of Hesston, Kansas.  John is a well-known historian in Mennonite/Anabaptist circles and taught for many years at Hesston College.

And since MJ died, John has been travelling around telling MJs story.  I was fortunate to hear that story a couple of years ago at a forum at Bluffton University when I was working there.

About a year after that, I was meeting with a group of Campus Pastors at Hesston College, and John and his wife Michelle invited us into their home where we heard more stories from MJs life and Christian witness.

You can imagine how incredibly painful it has been for his parents, not only to lose a son, but also to recount over and over again the story that led to MJs death.   Doing this has brought them some healing, but it has been hard.

But it is a story that John has felt compelled to tell, a story that both honors the life and witness of his son, and at the same time inspires and challenges those of us who hear MJs story to keep our eyes focused more on living as Jesus lived,

which in MJs case was the way of sacrificial love, the way of making peace, the way of reconciliation with God and with our neighbor, even with those who are considered our enemies.

This way of Jesus is the narrow way, the road less traveled, the more costly way, but it is the way that leads to true meaning and joy in life.

We need to keep hearing stories like MJs, that mirror the Jesus way, since we are bombarded with so many messages of relating to people that are contrary to the way of Jesus, and it’s easy to get sucked into the mainstream ways that the world operates.

The world’s way is a way that that tells us to bully our way into getting what we want, to live by an eye for an eye, to run away from conflict, to give up out of despair, and to lose hope that we can make a difference.

MJs life and legacy stands in stark contrast to the ways of the world.  He courageously worked for peace in one of the most violent settings in the world.

He spent much time building relationships and trust with warlords and militia members of groups that were at war with each other, and helped bring them together to be reconciled so that they could live in peace.

It was reported after MJ’s death that he and the team of peacemakers that he worked with had convinced 1,600 rebels to leave their warring ways in the jungle, while sitting and sharing under the shade of a banana tree.

Here’s a little backstory to MJ Sharp’s life, that I found in his obituary:

He graduated from Bethany Christian High School in 2001 and attended Eastern Mennonite University (EMU), where in 2005, he earned a BA in history and a minor in German.

After graduating from EMU, Sharp worked for three years with the Military Counseling Network in Germany, a project of the German Mennonite Peace Committee to serve U.S. soldiers based in Europe who sought discharge from military service for conscientious objection or other reasons.

From 2012 to 2015, Sharp was an Eastern Congo coordinator for Mennonite Central Committee in the DRC. Here he worked with agencies that sent peace builders into the forest unarmed to persuade rebels to release child soldiers, to disarm and repatriate.

From 2015 to 2017, he was an armed group expert on the United Nations Group of Experts.  While serving in this capacity, MJ and his UN colleague Zaida Cataln and four Congolese men were seized while investigating recent atrocities and possible human rights violations in Kasai Central Province in the DRC.

These workers were abducted March 12, 2017 and killed by unnamed assailants while investigating a new outbreak of violence.  MJ and Zaida’s bodies were found by UN peacekeepers on March 27.

One way that MJ’s legacy was honored was through a hike to the top of Mt. Kilamanjaro two years after his death.  We’re going to watch two short videos about that hike.

The first video is John Sharp talking about his son MJ’s life in promoting that hike, which was also a fundraiser for the Center for Justice and Peacebuilding at Eastern Mennonite University.

The other video is a 3 minute shortened version of a documentary that was made on that hike by two EMU students at the time.  One of the students, Riley Swartzendruber, I know from when I pastored in Arizona a while back- he was a child in the church at that time.    (If you need a tissue, they’re right here.)

I consider MJ Sharp to be a modern-day Mennonite martyr.  If there was an updated version made of that thick book called Martyr’s Mirror, I’m sure that MJ would be included in it.

At the forum presentation in Bluffton, John Sharp emphasized that MJ was exceptionally good at being a catalyst for reconciliation among people at odds with each other.   MJ had the ability to spark change by listening and learning.

“He demonstrated how we can become friends with and care for people who disagree with us,” said Sharp. “The idea that we must agree in order to be friends or engage each other is shortsighted.”

“He knew you can’t always tell who the bad guys and good guys are,” said Sharp. “MJ understood that binary is not a healthy way to view the world. Everybody has the capacity to do both good and evil.”

I recently saw a quote by author Parker Palmer that I think describes MJ well:  The more we know about another’s story, the harder it is to hate or harm that person.

“Who was MJ,” questioned Sharp. “He was like you. Don’t think you can’t do what he did.”

“I tell you the story of MJ’s life to invite you to become a reconciler,” said Sharp. “You don’t need to be called. You don’t have to go to Africa. Engage wherever you are in life.”   So I want to take John’s invitation to heart.

Buber says that it’s only in an I-Thou relationship where love and intimacy can be experienced.  And there’s this sacred space between two people where God resides, linking them together.

I like the way that Peter Scazzero unpacks the differences between the two in his book, Emotionally Healthy Discipleship.  I’ve included it in the bulletin so we can use it as a reference as we seek to move from I-It to I-Thou relationships.

I-Thou Relationships as a Way of Listening and Loving Well (fleshing out Martin Buber’s understanding of relationships):

MJ Sharp is a saint who has inspired me.  He’s one of many in my “cloud of witnesses”—some of whom I’ve known personally, others I’ve heard or read about, some are authors or musicians like Rich Mullins.

Reflection/Response:  Our Cloud of Witnesses

Who is a “saint” who has been an inspiration to you in your faith journey as a follower of Jesus?   What have you learned from them?