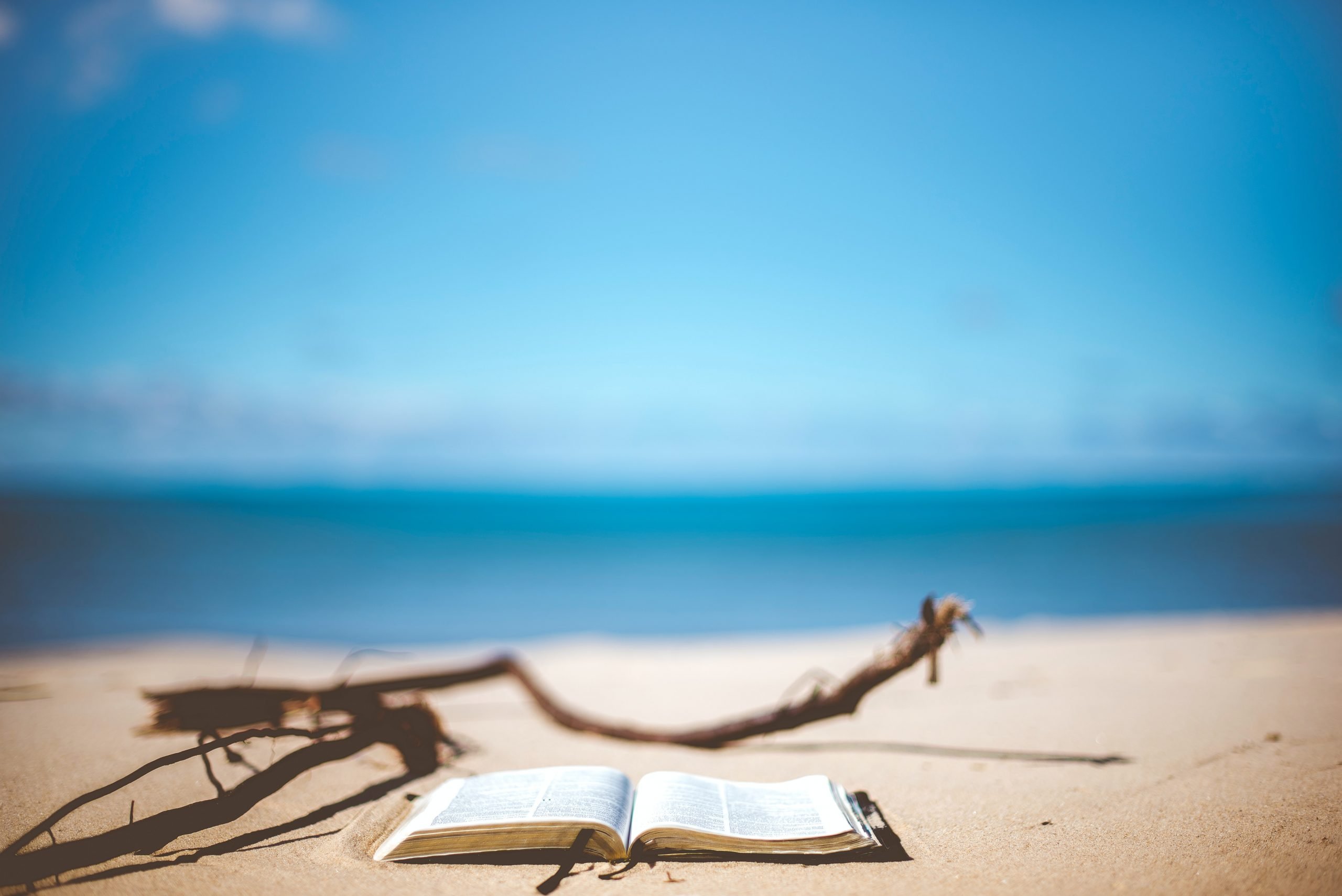 God’s inclusive and prodigal (extravagant, reckless) love seeks out those who are lost and welcomes them with open arms.  The parable of the Prodigal Son invites us to rejoice when others experience God’s inclusive, unconditional love and to share it freely with others.

As I was reflecting on the parable of the Prodigal Son, and how the elder brother responded to the return of his wayward brother to the house,

I couldn’t help but think about our grandson Gabe and how he might be feeling going from being the only child in the house to now sharing the spotlight with his baby brother Nico.

How Gabe might be feeling left out, ignored, jealous, and upset over not getting all the attention and love that he was used to getting in the family.

I want to look more closely at the parable of the Prodigal Son, look at these two sons, and what their father is like.  And I’d like to reflect on what it means for us in our lives and our world today, and how we move from being exclusive to more inclusive with the love that God has for us.

First let’s look at the context and setting of this parable.  The prodigal son story is the last of three parables in the 15th chapter of the gospel of Luke.  All three parables have to do with things that are lost and then get found.

There’s a lost sheep, then a lost coin, and finally a lost son.

Who is Jesus talking to here?  Well, the first two verses say that tax collectors and “sinners” were starting to hang around Jesus, and the religious leaders, the Pharisees and scribes, were getting concerned about Jesus spending so much time eating with and welcoming people who they assumed were “lost” and outside the scope of God’s love.

Maybe there were a little jealous, and angry, and perplexed with Jesus’ behavior.

This is a scenario that we see time and time again in Jesus’s ministry.  Author Richard Rohr said “In the gospels you rarely see Jesus upset with “sinners”.  Rather, what you see is Jesus upset with people who don’t think they are sinners.”

So really, these stories about lost things are Jesus’ way of letting “religious insiders” know that God cares about, seeks out, and welcomes with open arms people who were neglected, written off, looked down upon, and considered unworthy by the “church folks”.

The God of the Bible is a God who will leave 99 well cared for sheep to go and look for that 1 sheep who is lost and vulnerable and who needs extra care and love in that moment of time.

While Karen and I were driving through the countryside on our way to Berne this weekend, on the roof of a barn we saw painted in big white letters “All Lives Matter.”

This phrase became a popular response to the Black Lives Matter movement, kind of a protest, like “why should black lives get singled out as mattering when in reality all lives matter.”

And it’s true that in a democratic society, and in the kingdom of God, all lives do matter—every person matters, no matter their background, nationality, race or socio-economic status, you name it.

And that’s maybe how the obedient, faithful, elder son felt when he saw how his father treated his younger brother when he can home.  Can you hear him saying:

“my life matters too, not just his, so why are you paying so much more attention to him than to me?”

And what I hear God saying, and what I hear people in Black Lives Matter saying is something like “for centuries we didn’t matter in American society—

“We were marginalized, excluded, discriminated against, lost in the shuffle, we have been like lost sheep or lost sons, and in the eyes of God and in a truly democratic society, we DO matter, and we want to know that we matter.

And we want to make sure that people know this and hear us so that so we can be treated like we matter.”

The parables of the lost sheep, the lost coin, and the lost son show us a God who has a special concern for those who are outside the fold, no matter who they are or how they got there.

And Jesus fleshed out this kind of concern and love in his own life, by welcoming people, caring for people, loving people, showing grace to people who other people felt didn’t deserve it.

One arena where people are not showing much grace to one another in recent years is in politics.  Democrats and Republicans are so divided, so polarized, and so hostile to one another right now.

But recently I heard about an organization that is bringing politicians and other concerned citizens from across the aisle to work together to preserve our democracy that seems to have become so fragile and threatened.

Steve and Nancy Fogelman forwarded me a newsletter from the Renew America Movement, an organization that they are involved in.

The purpose of this movement is to work together across party lines, to shift power away from those who want to dismantle democracy back to real leaders who put country over party.

Steve and Nancy actually wrote an article in the most recent newsletter of the Renew America Movement called The Choice:  Power or Democracy.  It’s really informative and timely, and I’m sure they’d share it with you if you ask them for it.

I know that we as Mennonites haven’t traditionally been involved in politics, and I think it’s good to continue to remember that our ultimate citizenship and loyalty is to God’s Kingdom, not any one country or political party.

But at the same time I believe that we can be involved in the political sphere in ways that are inclusive rather than exclusive, ways that break down walls and create spaces for respectful dialogue that treat all people with grace and respect.

All working together for the common good and to address the challenges that we face as a country and a world.

I’m not an expert on politics, and I haven’t studied much about the history of our country’s wars, but the week before last when my buddies were here we headed down to Fredericksburg to see some Civil War battlefields.

If you’ve been to the Fredericksburg Battlefield Visitor Center, you know that it’s located on the grounds of what’s known as the “Sunken Road” where the battle of Marye’s Hill took place.  We walked on the trail that toured the Sunken Road,

And on that trail there is a large monument depicting a confederate soldier leaning over a wounded union soldier, and giving him a drink of water out of a canteen.

The confederate soldier’s name is Richard Kirkland, and he is known as “the Angel of Marye’s Heights”.  He’s considered an angel because at one point during this brutal and bloody war,

Kirkland saw dozens of wounded union soldiers lying right over the wall that he was stationed at, crying out for help, and instead of leaving them to die, he jumped over the wall with a canteen and for two hours gave wounded enemy troops water to keep them alive, going from one to another, at the risk of being shot at by the union army.

I could just hear some of Kirkland’s comrades shouting at him, “hey what are you doing?  We aren’t supposed to help those Union soldiers—they’re our enemies! Are you crazy?  Get back over here and let them die, before you get yourself killed!”

But Richard Kirkland had compassion on them, and at the risk of his own life, saw past their uniforms and treated them as fellow human beings.

I know there are a lot of monuments of confederates being taken down, but this is one monument that I think will and should stay up, to remind us of this incredible story of sacrificial love, enemy love, and grace.

We could call the love that Richard Kirkland showed a prodigal love.  You see, prodigal means “reckless”, or “extravagant” and the parable is most commonly called The Prodigal Son, because the son was reckless and extravagant in squandering his inheritance.

But I’ve also heard this parable called “The Prodigal God”, because it shows so beautifully the reckless, extravagant love and grace of the father toward his lost son.

And sometimes we are all lost sons, or daughters.  But the good news is that no matter how prodigal we can be in being reckless, careless and wasteful in our lives, we have a prodigal God whose love for all of his children—older, younger, and everyone in between—is more extravagant, more unconditional, more expansive, and more outside the boundaries of our understanding of love than we can ever imagine.

And that’s literally what Henri Nouwen did when we traveled to St. Petersburg, Russia many years ago.  In a museum there sits Rembrandt’s famous painting of The Return of the Prodigal Son.

It’s the painting shown on today’s bulletin and here on the screen.

Nouwen spent a whole day gazing into the painting, studying the different figures, the expressions on their faces, the lighting and shadows that Rembrandt used.

And he wrote a whole book on it—here it is- The Return of the Prodigal Son.

In Nouwen’s typical style, he gets very personal and vulnerable, reflecting on his own life as a son, and his relationship with his own father and his siblings.

He was the eldest of four children, and as the eldest, was the obedient and faithful son who tried to please his parents and set a good example for his younger siblings.

And so in many ways he could identify with what the elder son was going through.

There are many elder sons and elder daughters who are lost while still at home.  And it is this lostness—characterized by judgment and condemnation, anger and resentment, bitterness and jealousy—that is so pernicious and damaging to the human heart…

I recognize the elder son in me.  Often I catch myself complaining about little rejections, little impoliteness, little negligences.  Time and again I discover within me that murmuring, whining, grumbling, lamenting, and griping that go on and one even against my will.”  p. 66-7 Return of the Prodigal Son (Nouwen)

I can relate to what Nouwen says here.  I would say that I identify more with the elder son than the lost son in this story.  Like Nouwen, I have been the “good son” tried hard to be the “obedient Christian”,

But sometimes this has gotten to the point of secretly wanting God to withhold his love and grace from people who I don’t think deserve it, who have not “earned it”, like I think that I have.

I can relate to the words of the hymn “There’s a wideness in God’s mercy” that we will sing in a minute, which says that “we make God’s love too narrow by false limits of our own, and magnify its strictness with a zeal that God doesn’t know.

Which son do you identify with more in this story?  The younger son who wanders away from home living a prodigal life but then finds his way back home into the loving arms of God?

Or do you identify more with the elder son who feels like you have to work to earn God’s love, and who is resentful and jealous of others who haven’t been as obedient or faithful as you but who still experience God’s love and grace?

Maybe you even have trouble experiencing that kind of extravagant love of God in your life because deep down you don’t feel like you deserve it.

I invite you to reflect on your place in this story, as we sing “There’s a wideness in God’s mercy”.